Second day and still on track. One of the things I didn’t mention yesterday is that I’m trying (as much as my limited abilities allow) to use a different illustrative style for each of the pieces I’m doing. Partly out of a desire to produce work in styles I’m fond of but also to experiment and try new things. I’ve always had a huge interest in history, particularly Roman and World War 2 history, an interest that stems back to my childhood and my grandfather (on my mother’s side) who’s bookshelves were always littered with Roman histories and who served in the British Army in the Second World War. So whilst today the subject matter is not WW2, you can definitely expect there to be at least one if not more military themed endeavors to come over the next few weeks. So back to today, I chose a novel that I’ve always loved despite it’s age a true classic “I Claudius” by Robert Graves. This is not intended to be a review so I won’t go into detail about the plot. Any of you who are Roman history buff’s would recoil at my feeble attempts to do Mr. Graves words justice. Claudius is the narrator of an unlikely rise from ignored, despised, cripple to the emperor of Rome. At heart it’s a part history, part thriller and while the subject matter is quite serious, Graves writing style is so full of life and energy that I wondered how it would play as an animation. Hence my final interpretation below. Imagine a Walt Disney classic for over 18′s and we are on the same page. Anywho, I’ll cut my writing short and let the picture tell the story. Ciao! 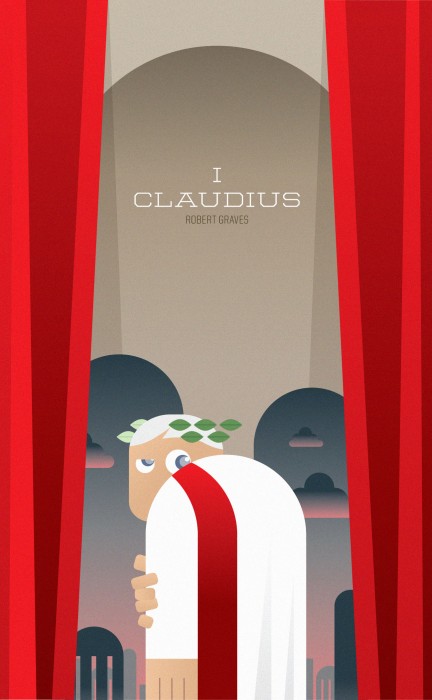