A new illustration to show you today, this is a concept frame for a flash animated video I’m working on at the moment. It’s heavily influenced by Saul Bass, hence the geometric shapes of the character and setting. I’ll be adding more as and when they are done. 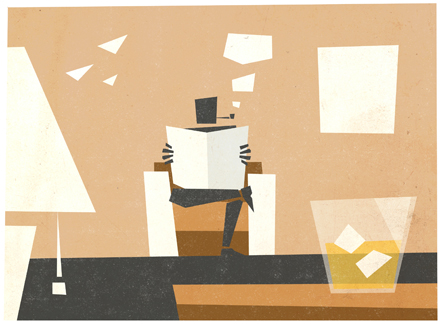 It’s also taking a pretty strong influence from this beautiful sequence by Kuntzel and Deygas from the opening credits sequence of the Spielberg / DiCaprio movie “Catch Me If You Can”. Well worth a look for the fabulous use of music, motion and simple illustration to really evoke the period of the film.